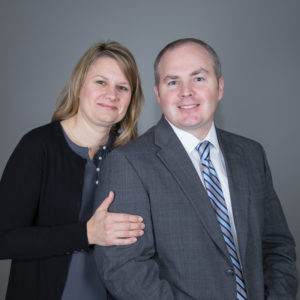 Pastor Troy Shoaf was born in Illinois and grew up at Independent Baptist Church where his father was pastor.  He made a decision to accept Christ as Savior and was baptized at an early age.

Pastor Troy graduated from Bob Jones University with a Composite Science Education degree.  In 1999 Pastor Troy and his wife, Jennifer, were married and they moved to North Carolina where they both taught school at Tabernacle Christian School.  It was while in NC that he believed God was directing him into the pastorate.  Pastor Troy became youth pastor at Tabernacle Baptist Church in 2004 and was ordained in 2007.  In 2008 he accepted the offer to come back to IBC as an assistant pastor.

Pastor Troy is finishing up a Masters Degree in Bible from Marantha Baptist University.  He is also police chaplain for the Bolingbrook Police Department.  Pastor Troy and Jennifer have three children and a dog.  In his free time he enjoys spending time in the outdoors hunting, fishing, and mountain biking.

Good evening and thank you for joining us tonight. We're glad you're here. Please be sure to LIKE and SHARE this post to your wall and leave a comment where you're joining us from. Thank you and God Bless. ... See MoreSee Less